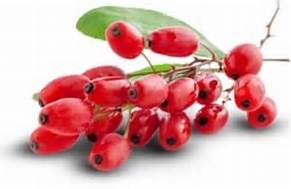 The Goji berry is a tiny, red, teardrop-shaped fruit from the same nightshade family that tomatoes, eggplants and potatoes also belong.

Growing naturally in many parts of Asia, this sweet and slightly sour tasting berry was well-acclaimed in ancient China for its nutritive and medicinal value. In Chinese legends, Goji was considered a symbol of longevity and vitality, used to help maintain a youthful look and boost vitality. Himalayan monks were said to have eaten fresh Goji berries and consumed drinks of the tiny berries steeped in hot water for improved health, stamina, physical and mental alertness as well as general well-being.

Loaded with powerful antioxidants and other essential nutritive components, Goji berries were prescribed in traditional Japanese, Korean and Vietnamese medicine.1 From the East, Goji's popularity has reached the West and the rest of the world and its health benefits confirmed by several studies.

Also known by names such as wolfberry, matrimony vine and Chinese desert thorn, the Goji (Lycium barbarum)  plant is an evergreen shrub that grows up to 2 to 3 meters high. Native to China, Mongolia and the Tibetan Himalayas, the plant's leaves, flowers, berries and root bark are edible and each have their own health enhancing properties and uses in ancient traditional medicine. At present, Goji is known extensively just for its berries or fruits.

Fully ripened Goji berries are deep orange red, about 1/8 inch in diameter and close to 1/2 inch long (0.3 cm and 1.2 cm), ovoid and with a waxy skin. Traditionally, ripe berries are carefully harvested by hand or shaken from the shrub into trays, and then eaten fresh, sun-dried or juiced.

– Sourced direct from the country of origin

Brought to you by WisdmLabs: Expert WooCommerce Developer